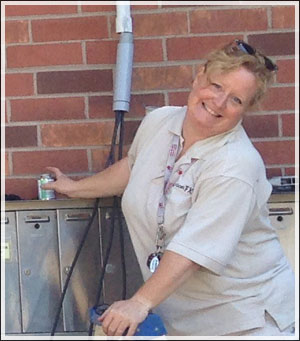 Choosing an electrical contractor to work in your home can be a difficult decision. Not only do you need an experienced professional to successfully complete your project, you also need a contractor who is trustworthy, dependable and listens to your needs.

Owner and Lighting Designer, Karen Breitner, is a licensed Master Electrician (ESA #7001966) with over 25 years of experience. Dedicated to her trade, Karen will coordinate your project with dedication and ease. Karen has built her business on customer satisfaction, high quality work and prompt service. She has instilled these ideals in her excellent team of electricians.

Satisfaction Guaranteed!
At Lumination FX, we promise that each and every one of our electricians will meet and exceed your expectations

Lumination FX is a ESA contractor on the Authorized Contractor Program (ACP). Which means a tried and true company with a less than 4% deficit level, on inspections of our work.

OUR Article in Hamilton Business Magazine

The kid up on the roof cleaning the gutters 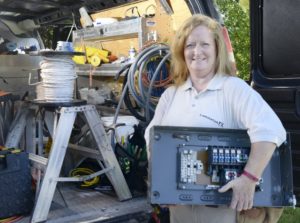 Karen Breitner was always daddy’s little girl. “I was the kid up on the roof cleaning out the gutters,” she says. “I was the kid in the pool when it was like 55 degrees, cleaning the sides of the pool. And I didn’t realize then how much I had gotten a mechanical aptitude.”

That didn’t come until years later. When her father was diagnosed with multiple sclerosis, Breitner acted as his arms and legs. When her marriage broke up and Breitner was in charge of a young daughter, she realized her jobs up to that point (selling everything from cars to makeup to women’s clothes) didn’t provide the income she needed.

Her dad suggests the trades, nudging her toward the one trade he had no experience in – electrical.

Where Breitner started at Mohawk College Hamilton Industrial Training Centre in 1989, she was one of seven women in her class. By the second semester of that first year, she was the only woman left in the class of 121 men. It wasn’t easy, but Breitner had her daughter to keep her driven.

That middle group regularly made sexual slurs and comments about how women belonged in the kitchen. Breitner dealt with it by talking to them about menstruation, which usually shut things down.

She worked for others until 2002 when she realized how much money people were making off her and decided to go into business for herself. She saw a niche. There were plenty of women, particularly older women, who lived alone and weren’t comfortable having men in their homes.

She went on to get licenses as a master electrician, then established Lumination FX.

She has two employees, including her daughter Sarah, now 27. Breitner says she sees the field changing. More women are realizing the kind of money they can make in trades (up to $35 an hour) and getting into them. Breitner regularly participates in panels and events aimed at drawing more women into electrical work.

And, she says, the environment is changing. There’s never been a better time to try. 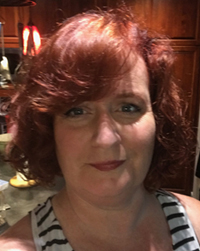 Feel free to call us for a free estimate anytime. We would be happy to talk with you about your project and offer honest input to your needs or questions. We can usually provide you with a written proposal via email within the week.